The group met under blue skies and warm sunshine in contrast to last year’s snow and bitter wind. In consequence there was a splendid turnout of 28 members. We left Millennium Square and headed for Prince Street Bridge where our first birds were gulls, Mute Swans, a Great Crested Grebe and Cormorants. The latter were showing their white breeding patches and one magnificent male had a stunning grey face and neck and a black ‘Mohican’ crest. I initially thought he might be a continental variant but further research on the Internet revealed that a proportion of our older male cormorants develop this breeding plumage. 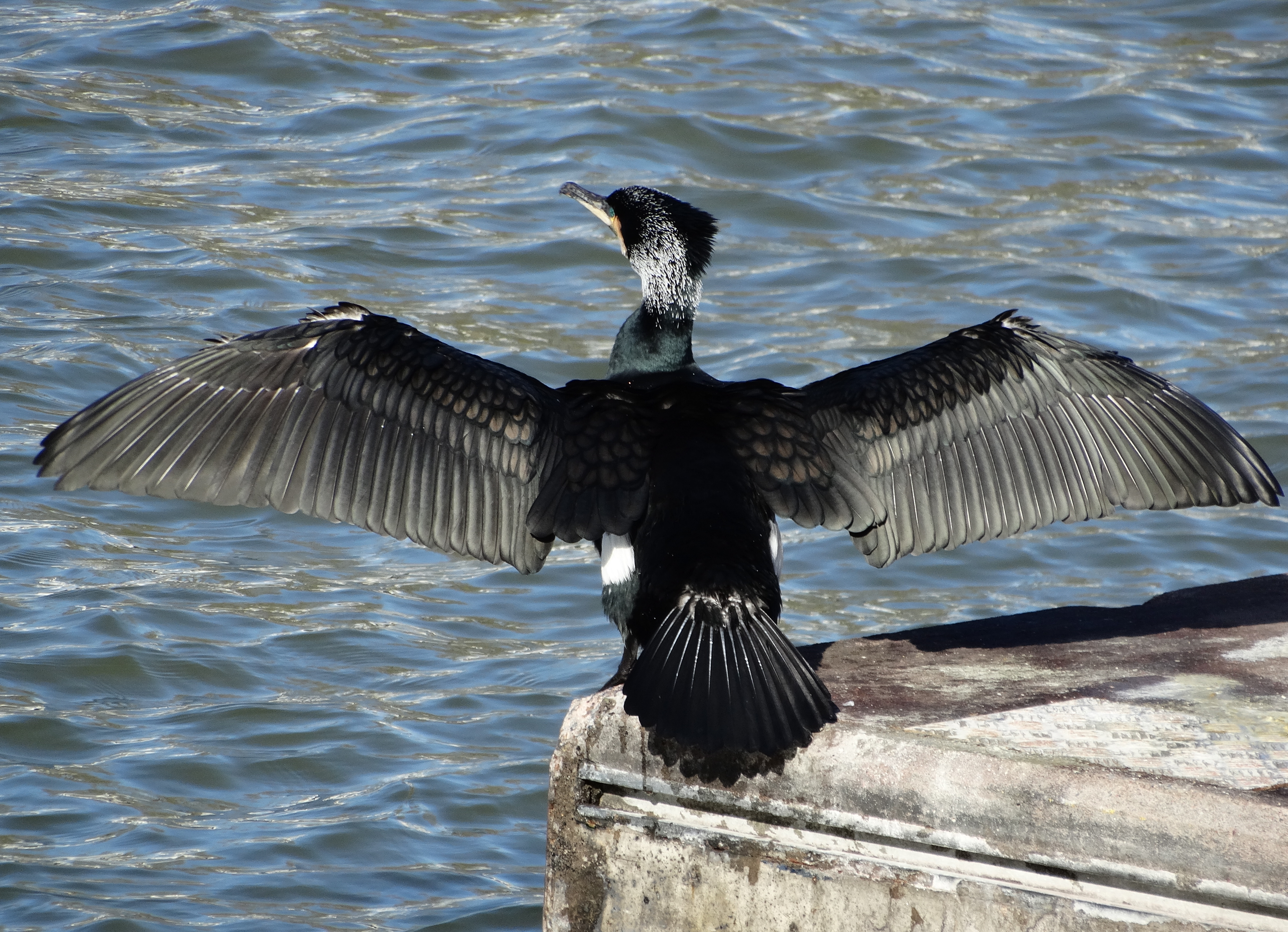 We next scoured the bushes alongside the harbour railway track which produced Greenfinch, Goldfinch, House Sparrow and Blackbird. The roof of the barge adjacent to the Bacon Butty kiosk is always crowded with Black-headed Gulls with their eyes on the chance of some scraps. Many were showing their summer black heads. As we paused for coffee two Ravens and a Sparrow Hawk circled overhead. The walk beside the New Cut added nothing until we reached the flyover when a Redshank and Common Sandpiper were spotted on the edge of the mud. Some of the group also saw a Grey Wagtail. The party divided at Jacobs Wells Road with the more energetic climbing the steps up to Brandon Hill where they added Redwing to the list. The rest took the gentler route beside the water hoping to see the resident Moorhen who did not put in an appearance. The total number of species seen was thirty one.