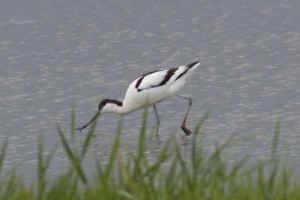 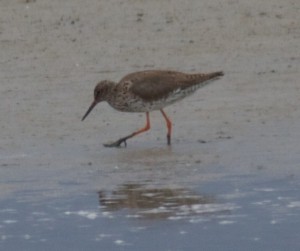 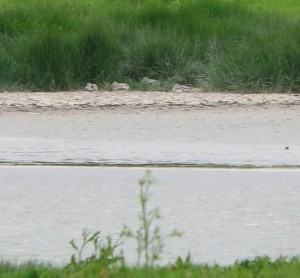 This reserve was established in 2000 to mitigate losses of wildlife habitat when the Cardiff Bay Barrage scheme was built, and is owned by National Resources Wales. The RSPB Visitor Centre has a shop and café, and there is a good picnic area. 18 of us met up at the car park and spent the morning roaming the site. The main ponds are bordered by extensive reed beds and were established on a reclaimed fuel ash disposal site, so cannot be developed very much for fear of disturbing the underlying deposits. By contrast, the area around the Centre has been extensively managed and is now maturing very nicely. A new feature is a set of Sand Martin nesting boxes. Weather for the day was dry, with only a slight breeze – ideal conditions for seeing the Bearded Tits, but we did saw any. Nor did we see the Marsh Harrier! However, Cetti’s, Sedge and Reed Warblers were calling loudly and some good sightings were reported, a Cuckoo made a brief appearance and Whimbrel were seen on the Severn mud flats, near the East Usk Lighthouse. After a picnic lunch we went by car to Goldcliff, at the other end of the reserve. This is an entirely different habitat, constructed on flooded fields in what was formerly a farming area. There are now a number of bird hides along the bank, with good views of the scrapes. Avocets breed here and we saw several chicks. It is a good area for waders and we saw Greenshank, Redshank, Little Egret, Ringed and Little Ringed Plover, and a Dunlin in summer plumage. Shovelers, Shelduck and Gadwall swam around to keep us entertained. This is a good venue and well worth visiting every year to see the improvements and growing number of birds being attracted to the site. Total number of species seen on this occasion was 56. Ray & Margaret Bulmer