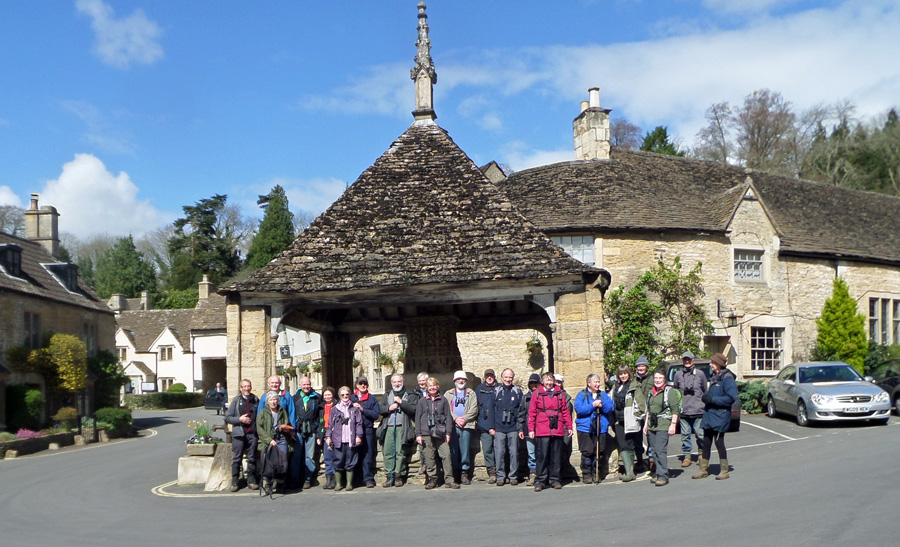 Another great walk in varied habitat but this week not a single Skylark was heard nor a winter thrush seen, spring had come and the sound of Chiffchaffs, Blackcaps and Nuthatches predominated. From quite early on singing Robins, Wrens, Chaffinches and Dunnocks were heard as well as calling Great Tits and Blue Tits, plus some other calls that led to speculation as to their identification. Several busy rookeries were passed, both Great Spotted and Green Woodpeckers were heard, the former drumming as well as calling – also Goldcrest, but only by a few! At our coffee break stop, while admiring Bluebells and Cowslips, it was remembered that Marsh Tit had been seen here on a previous walk. This time seen and heard by only one person although two more were heard and spotted later in the walk. Soaring Buzzards had been seen several times but we were also treated to good views of a Peregrine and a Sparrowhawk. Just one butterfly, a Brimstone, made an appearance in the fairly cool temperature and this week’s fungus was a Disciotis venosa – one large and one enormous specimen seen. The only House Sparrow was lurking by a feeder just as we were leaving the village to climb back up to the car park (having missed the bus!) 33 species – 23 walkers. Thanks to Duncan Gill for stepping in to lead and best wishes to Dave Body who we hope will rejoin us soon.