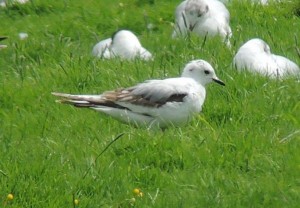 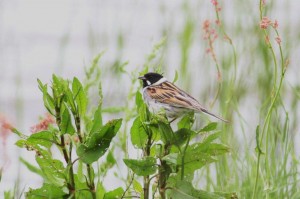 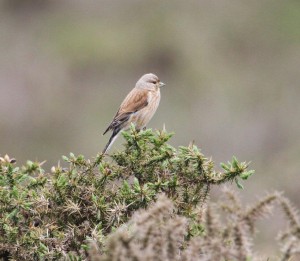 A change of plan and what a good day you missed! The weather was kind and the four members who met Gordon in the car park were soon off to Bowling Green Marsh to see a ‘lifer’ for most –a Ross’s Gull. There was also a Little Gull and Mediterranean Gull in amongst the Black-headed Gulls, summer-plumaged Black-tailed Godwits and various duck and goose species. Back at Aylesbeare Common we were joined by another member for a while as we explored the paths on the RSPB reserve; Stonechat, Yellowhammer, Linnet, Willow Warbler, Whitethroat and Blackcap were amongst the birds identified. The unmistakeable song of a Tree Pipit soon enabled us to see him, but the Dartford Warblers (previously seen in this area) evaded us. Of the 30 species of butterfly recorded on this reserve, we were only able to identify Small Heath, Brimstone and Green Hairstreak. After lunch, we visited the Axe Estuary Wetlands – more specifically Black Hole Marsh and went to the Tower and Island hides. A good variety of birds including Reed Bunting, Reed Warbler, Oystercatcher, Curlew, Little Egret and Grey Heron were seen. Four adult Canada Geese had ten young between them and we also saw young Shelduck, a Coot and Oystercatcher sitting on their nests. The Bee-eaters reported that day across the river in Axmouth did not come our way. The two webcams in the information centre showed a Blue Tit nest with young and a nest with young Kestrels. About 50 species were seen during the day. Many thanks to Gordon for leading and his local knowledge and also for driving this small group between venues. Rosemary Brown