We drove to Glasgow and were picked up by coach and taken to Oban, where about sixty of us boarded the ‘Ocean Nova’ for a week’s tour of the Inner and Outer Hebrides. 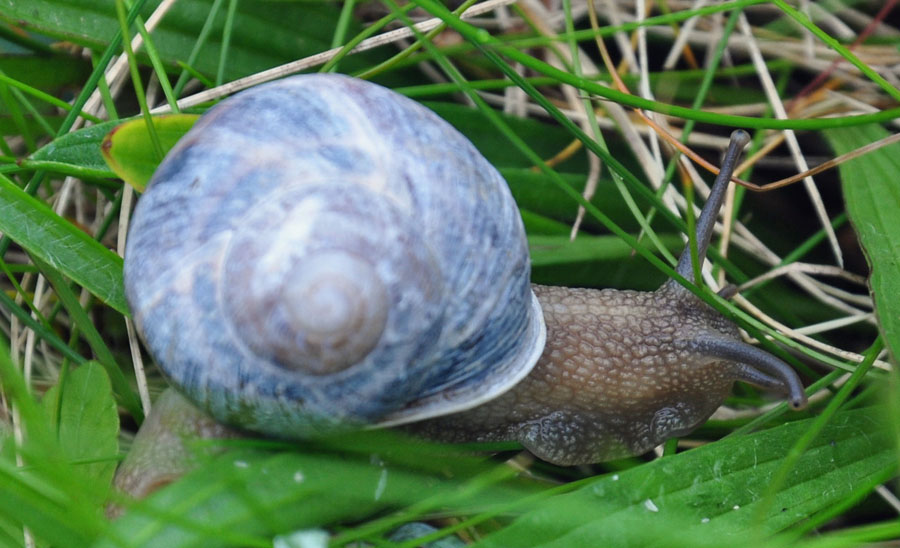 Next morning, a foggy excursion in the ‘Zodiac’ boats took us to our first island, the once inhabited Mingulay at the Southern end of the Outer Hebrides. Walking through the old meadows we had to take care not to step on the snails, which rushed around in their thousands. 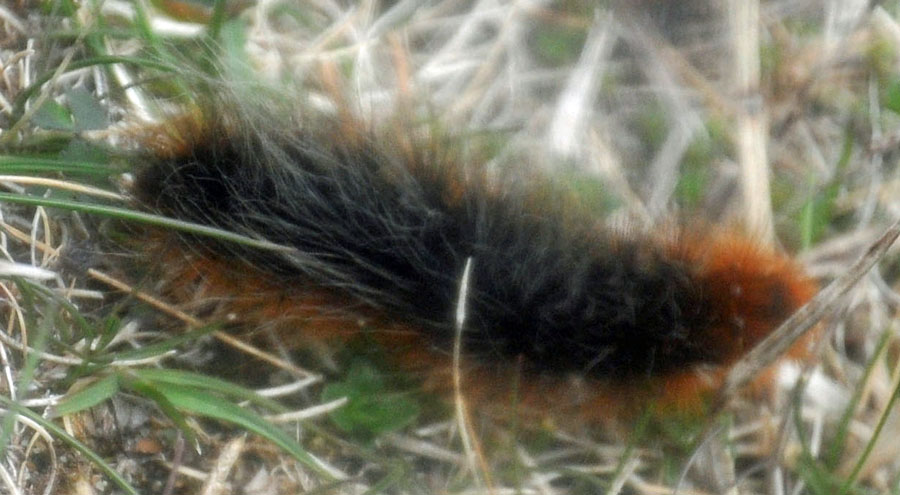 Later the same day we visited the uninhabited Pabbay Isle, this time it was thousands of caterpillars that we had to avoid. I’m told that these are the “woolly bear” caterpillars, larval stage of garden Tiger moth.

Sailing overnight, we arrived at St Kilda at dawn. This was undoubtedly the highlight of the week: everyone, it seemed, had always wanted to visit this small island 40 miles out in the Atlantic Ocean. 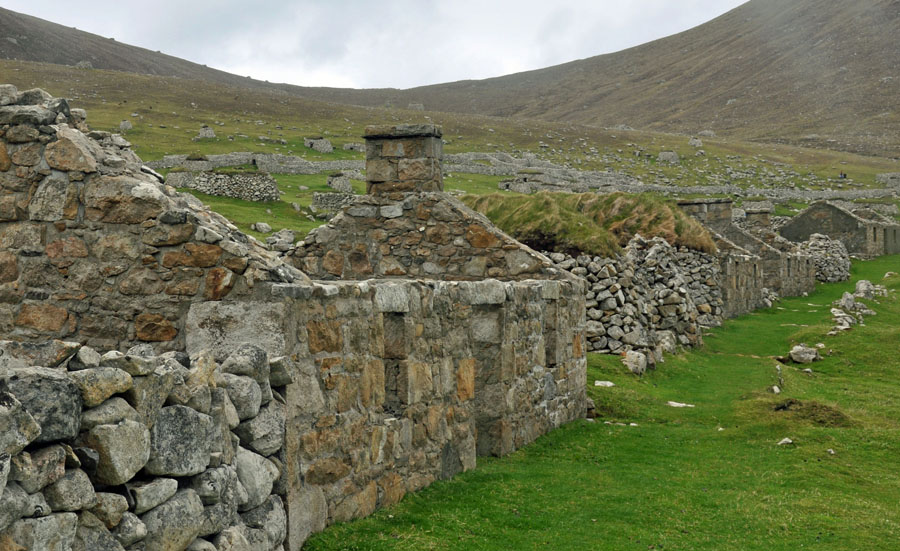 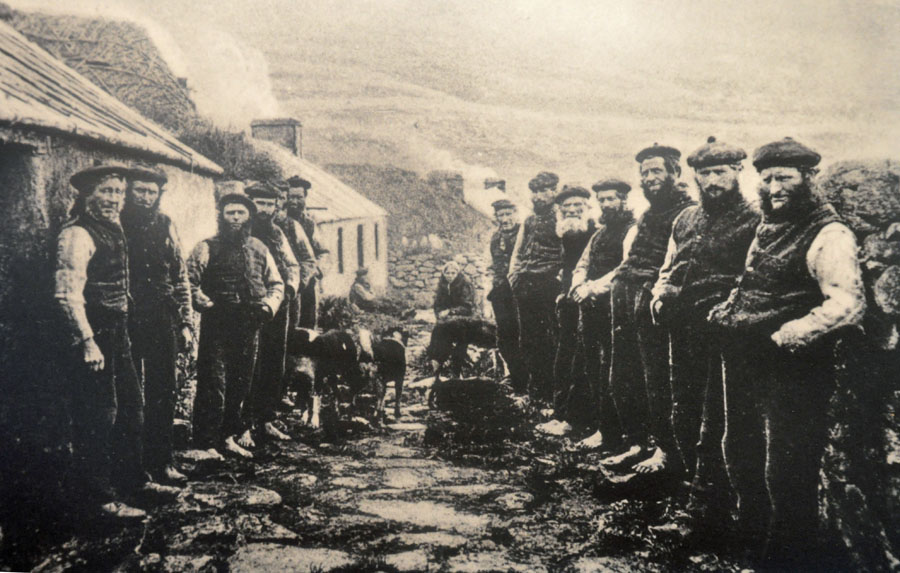 The village had been inhabited for centuries, until in the early 1930’s the few remaining islanders could no longer sustain the life style and asked the Scottish Government to evacuate them. They took everything they could but left the Soay sheep behind, and they are still there. The lamb you see in the photograph was only a few hours old. 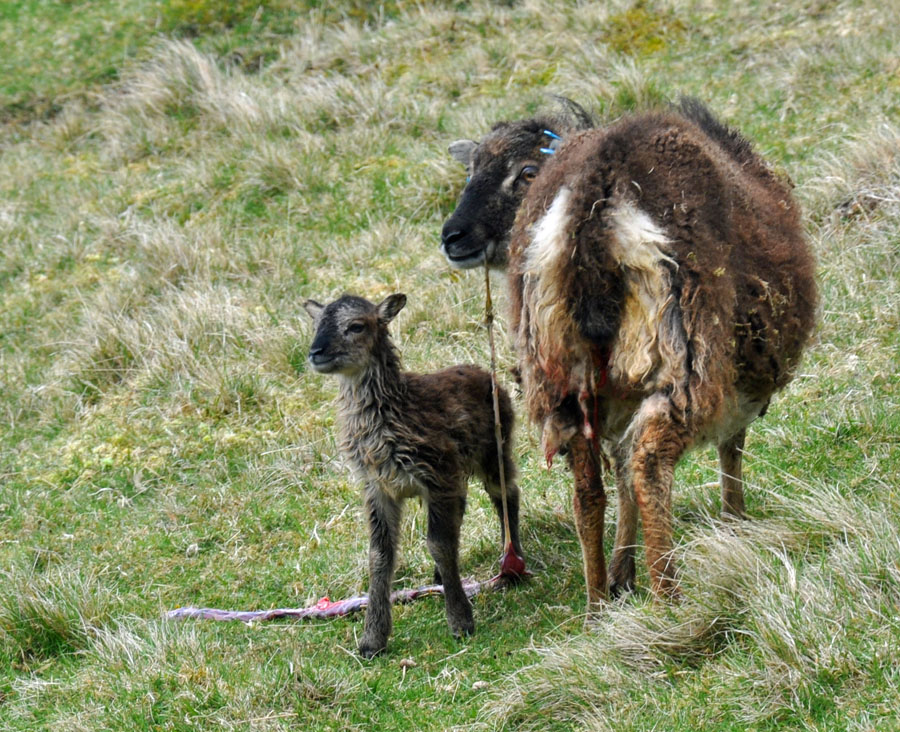 In addition to about eighteen houses, mostly in ruin, there were scores of ‘cleats’ where they used to store gannets, wool, feathers and other produce, some of which was used to pay their rent to the Laird. 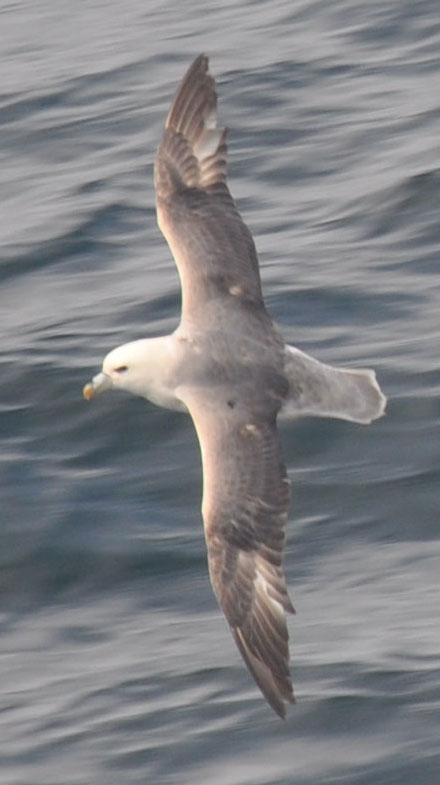 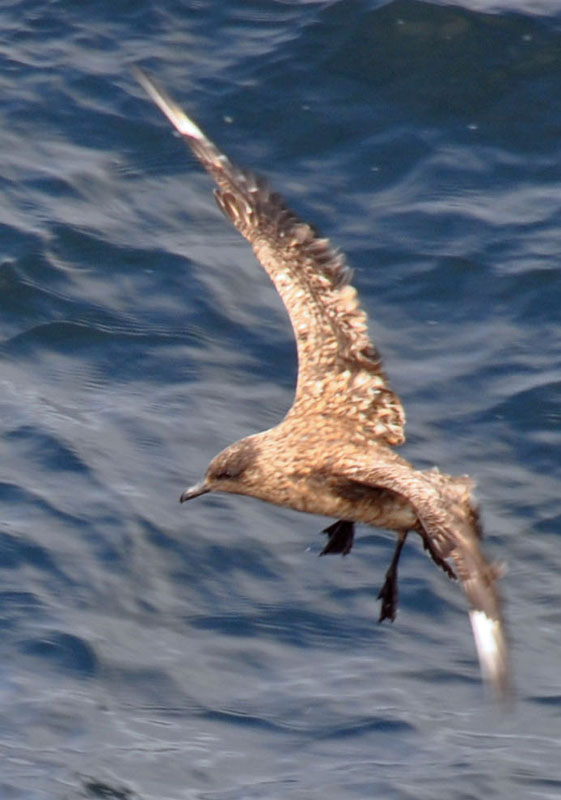 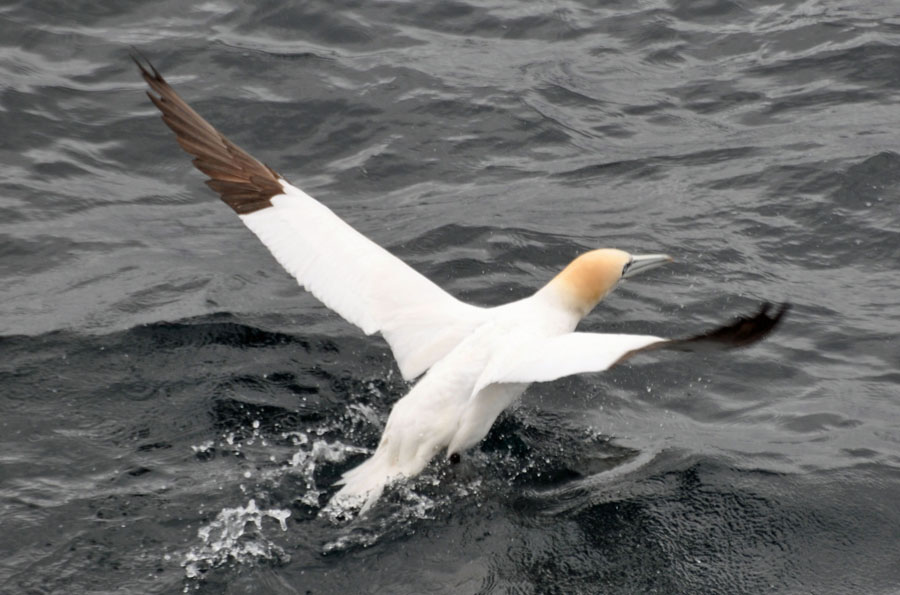 Leaving St Kilda, we headed for Boreray  and the Stacs, one of which has the largest gannet colony. Being close to the Stacs was a breath-taking experience as we were overwhelmed by the noisy gannets soaring and diving all around us.

The following morning we arrived at Stornaway on Lewis, and had a bus trip to the ‘Black Houses’. The afternoon was spent lazing around in the zodiacs, watching the puffins float by near the Shiant Islands, in The Minch.

A stormy night-sailing took us to Handa Isle, but the force 9 gale prevented us from being able to anchor safely, so we moved south to The Summer Iles, which were not very summery that day! 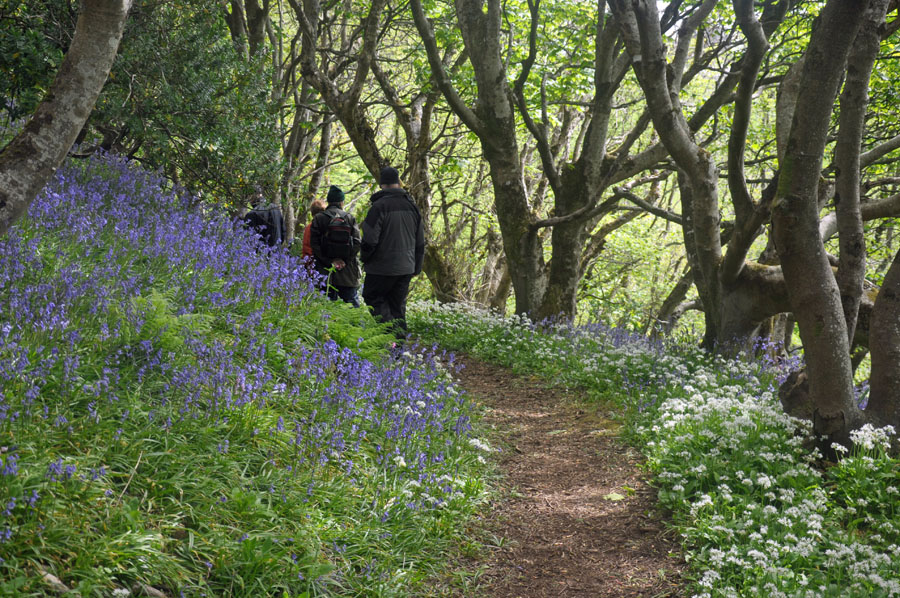 Then it was Southward to the inhabited Isles of Canna and Rum, where the bluebells and the ramsons were a delight to see as we walked around. 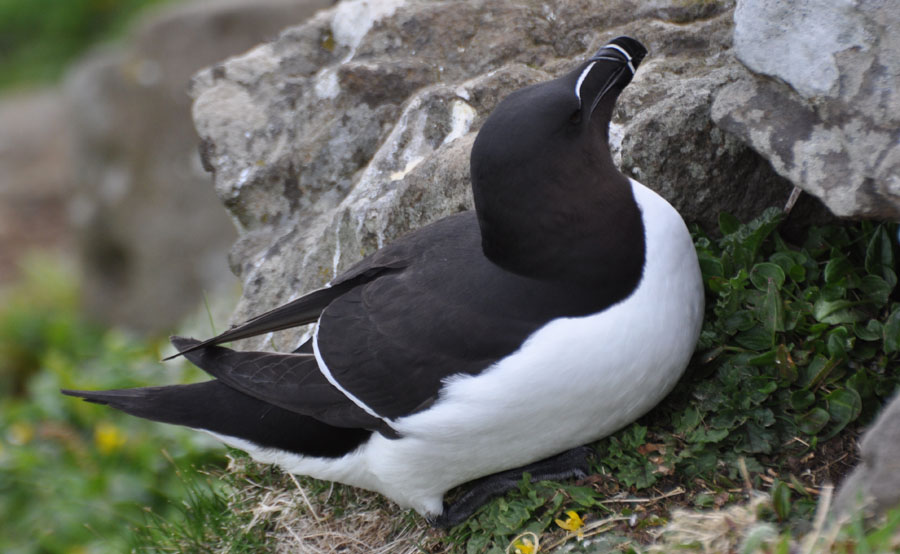 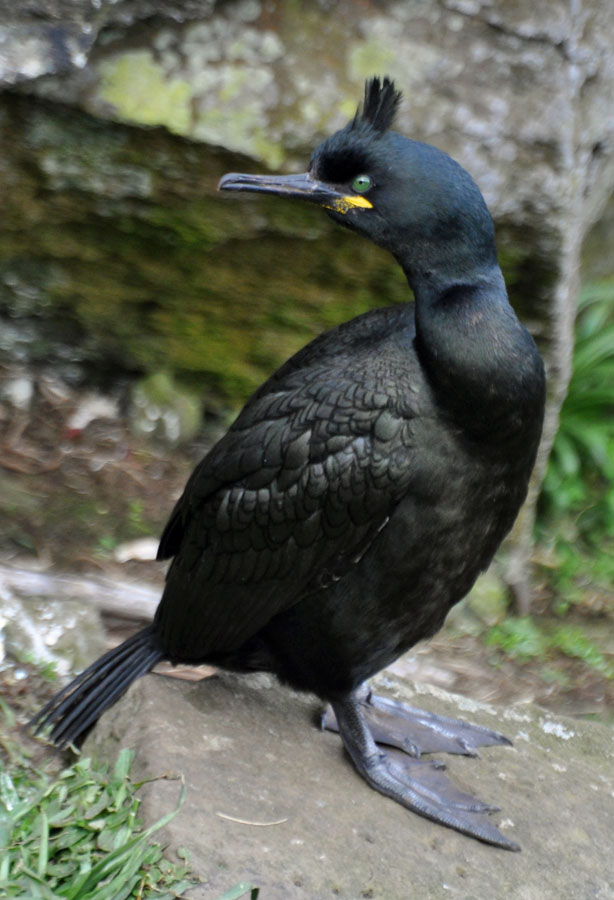 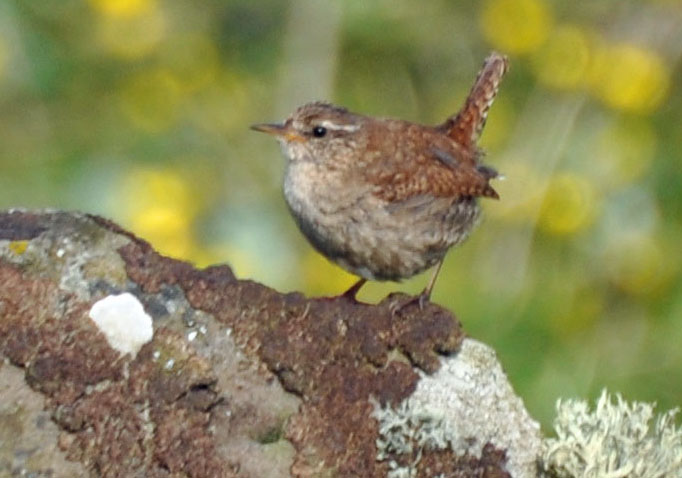 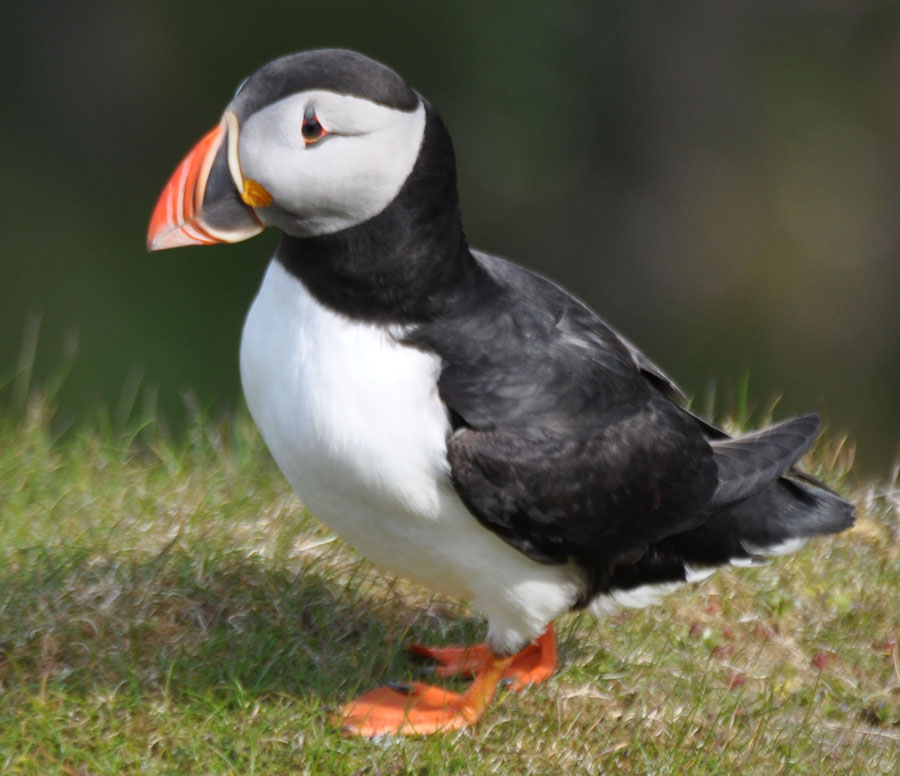 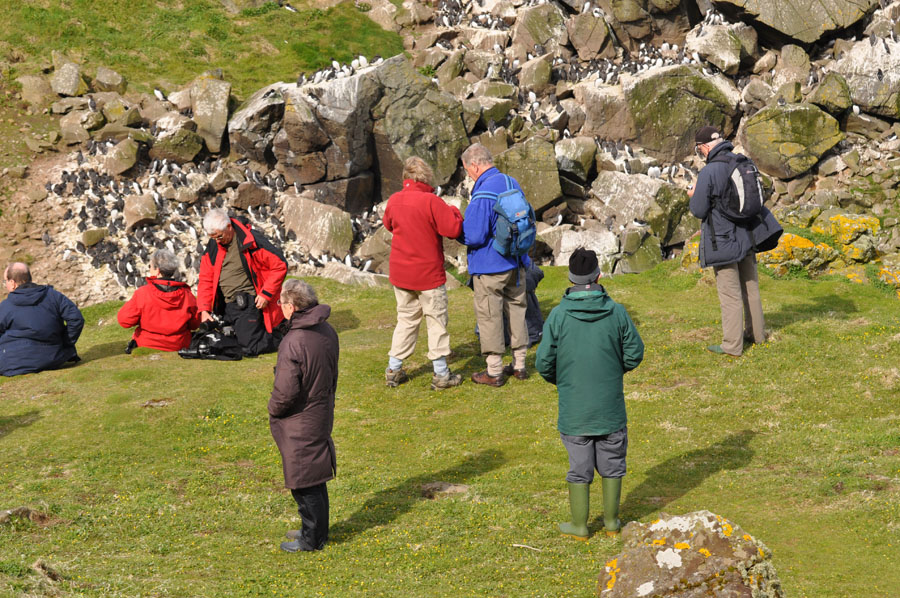 Our next visit was to Lunga, in the Trishnish Isles. This has a rugged beauty and thousands of sea birds on a small rocky island near-by. Here we saw the Lunga wren, which is similar to the St Kilda wren and larger than our own southern species. Razorbills, guillemots, shag and puffin were making a great noise and kept us entertained for hours.

Our final island was Iona, off Mull, where we had excellent close-up views of several corn crakes running around near the abbey 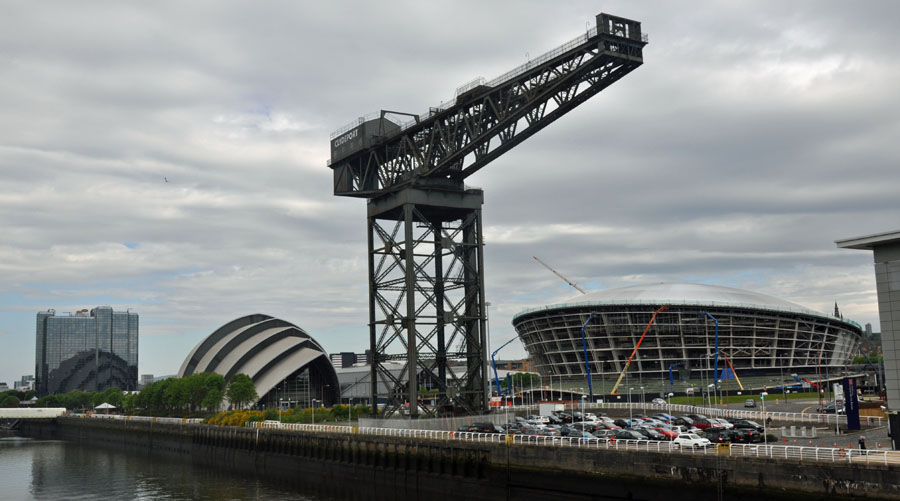 Then it all came to an end. We sailed down the Sound of Mull, landed at Oban and were all too soon back in Glasgow after a wonderful week of island visits by day and wild life lectures every night. Our thanks go to Noble Caledonia for a great experience.