This was an organised trip with Llama Travel, a company that specialises in Central and South America. We have been with them to Peru and Costa Rica and have found them competitive on prices with flexible itineraries as well as being very reliable. This was not a bird watching trip so we did not see a large number of birds. However we did manage 80 species of which 62 were new to us.

We flew to Santiago via Madrid. It is a long flight with two and a half hours from Heathrow to Madrid and then thirteen hours from Madrid to Santiago. On the positive side the time difference is only three hours. We wanted to visit Southern Patagonia and the Atacama Desert and as these are situated at the south and north of what is a very long and thin country we had five internal flights. It was therefore quite a ‘punishing’ schedule but it was well worth it. We spent a couple of days in and around Santiago so were able to see a bit of the city and the trip to a winery certainly elevated our opinion of Chilean wine! 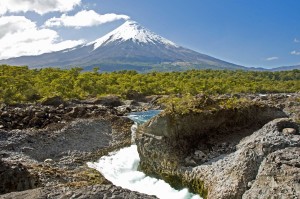 It was then onto the Lake District area of Chile and a couple of days at Puerto Varas which is a small town with great views of Osorno, one of the volcanoes in the area. We did not see very many birds, although we did hear the Chucao Tapacula (Scelorchilus rubecula), which is pictured on the front cover of the excellent field guide ‘Birds of Chile’ by Alvaro Jaramillo.

Our next destination was Southern Patagonia with a flight to Punta Arenas situated on the Strait of Magellan and then on to the Torres del Paine National Park. This is a spectacular area encompassing mountains, glaciers, lakes, and rivers. The Cordillera del Paine is the centerpiece of the park. The best-known and most spectacular summits are the three Towers of Paine. They are gigantic giant monoliths shaped by the forces of glacial ice. The park averages around 150,000 visitors a year, of which 60% are foreign tourists, who come from all over the world. The weather here is very unpredictable and visitors sometimes arrive and leave having seen very little even in the summer period. We were lucky! 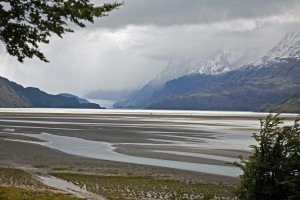 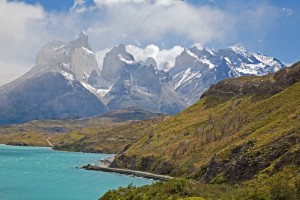 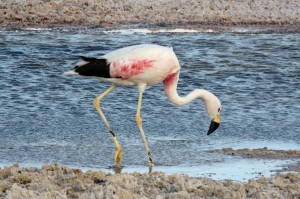 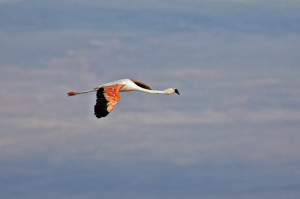 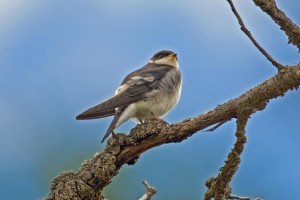 The Atacama Desert is an amazing place with fantastic scenery which is particularly beautiful around sunrise and sunset. There is also a surprising amount of birdlife which included three species of flamingo (out of a total of six species worldwide) at the saltpans. We also came across a wetlands site at a height of almost 4 500metres which was somewhat of a surprise. It is home to the Giant Coot (Fulica gigantean) which certainly lives up to its name with the adult male weighing in at over 2.5 kilograms. There is some debate about whether this bird is able to fly but the consensus appears to be that the fully grown birds cannot fly but the juveniles can. The Atacama also provides an excellent opportunity for star gazing. 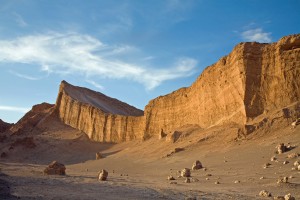 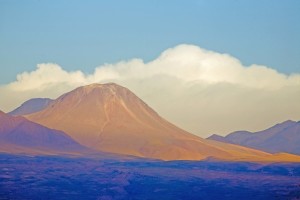 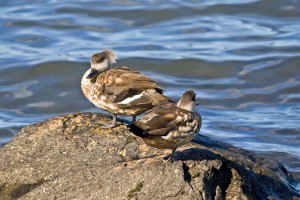 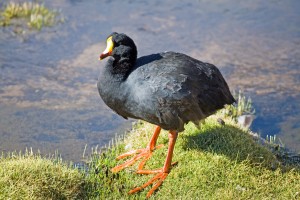 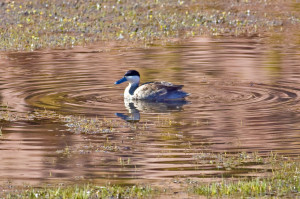 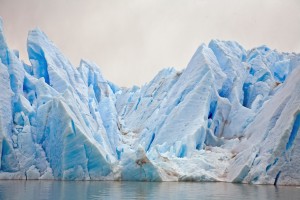 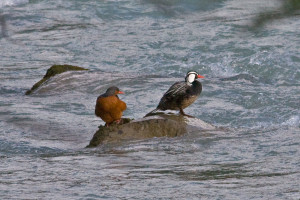 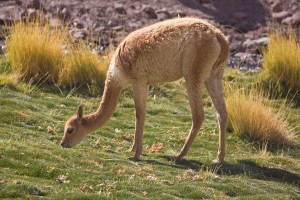 We found the people of Chile very pleasant and helpful and would certainly recommend the country as a holiday destination.